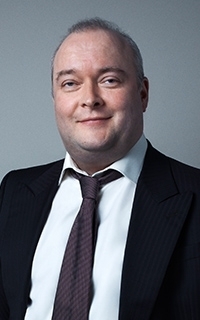 Mr. Rud is one of the founders of Attorneys at Law "Jus Aureum" and its senior partner since 2005; he currently heads the Antitrust Regulation practice area. He has been practicing law since 1993 and was a partner at Attorneys at law "Reznik, Gagarin and Partners" in 1996-2005.

Mr. Rud specializes in Russian corporate, antimonopoly and securities law. He has wide experience in structuring foreign investments in the Russian Federation; developing finance schemes for Russian companies including through debt capitalization; establishing commercial and non-commercial organizations in various legal forms; reorganisation and liquidation of Russian companies; protecting shareholders’ rights; conducting due diligence; and advising on acquisitions of shares, participatory interests and assets of Russian companies.

Mr. Rud graduated from the Moscow State Law Academy (at present known as the Moscow State University of Law by the name O.E. Kutafin (MSLA)) in 1993. In 1996 he was admitted to the Moscow Chamber of Advocates, and since 2005 he has been a member of the Moscow City Bar.

Jus Aureum was ranked by "Pravo.ru-300" among the leading law firms of 2018 year