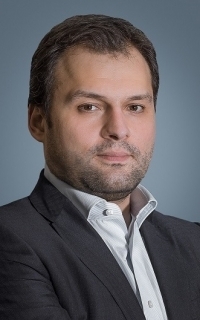 Mr. Andronov specializes in corporate and commercial law. For more than 20 years of his professional career, Mr Andronov advises leading Russian companies on the matters of corporate law, business restructuring, merges and acquisitions in various segments of trade and industry, including oil and gas, metal industry, food industry, wholesale and retail trade of fast-moving consumer goods, protects the interests of the clients in connection with the economic and official crimes.

Mr. Andronov is a member of the Expert Council for promotion of competition on the tobacco product market attached to the Federal Antimonopoly Service.

Mr. Andronov is fluent in English.

Jus Aureum was acting as legal counsel to the joint project of Malaya Bronnaya Theater and Brusnikin Workshop.